In the discourse of conventional economics, ethics in economic activity does not have an important role in his studies even denied. This view is based sphere of ethics that is different from the economic sphere. Ethics is more inclined to religious values are just talking about good-bad and the world hereafter. While the economy discussing with the sistem and the material welfare. In contrast to conventional economics, Islamic economics is the view that ethics plays a role in the economic activity, even ethics and economics can’t be separated. In Islamic economics, ethics or morals qur’ani contained in the Quran has an important role on the formation of an Islamic economic sistem

Al-Iqtishad : Jurnal Ilmu Ekonomi Syariah has been indexed by the following service (click the link for the further information): 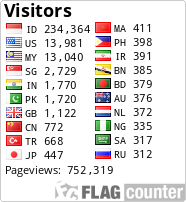